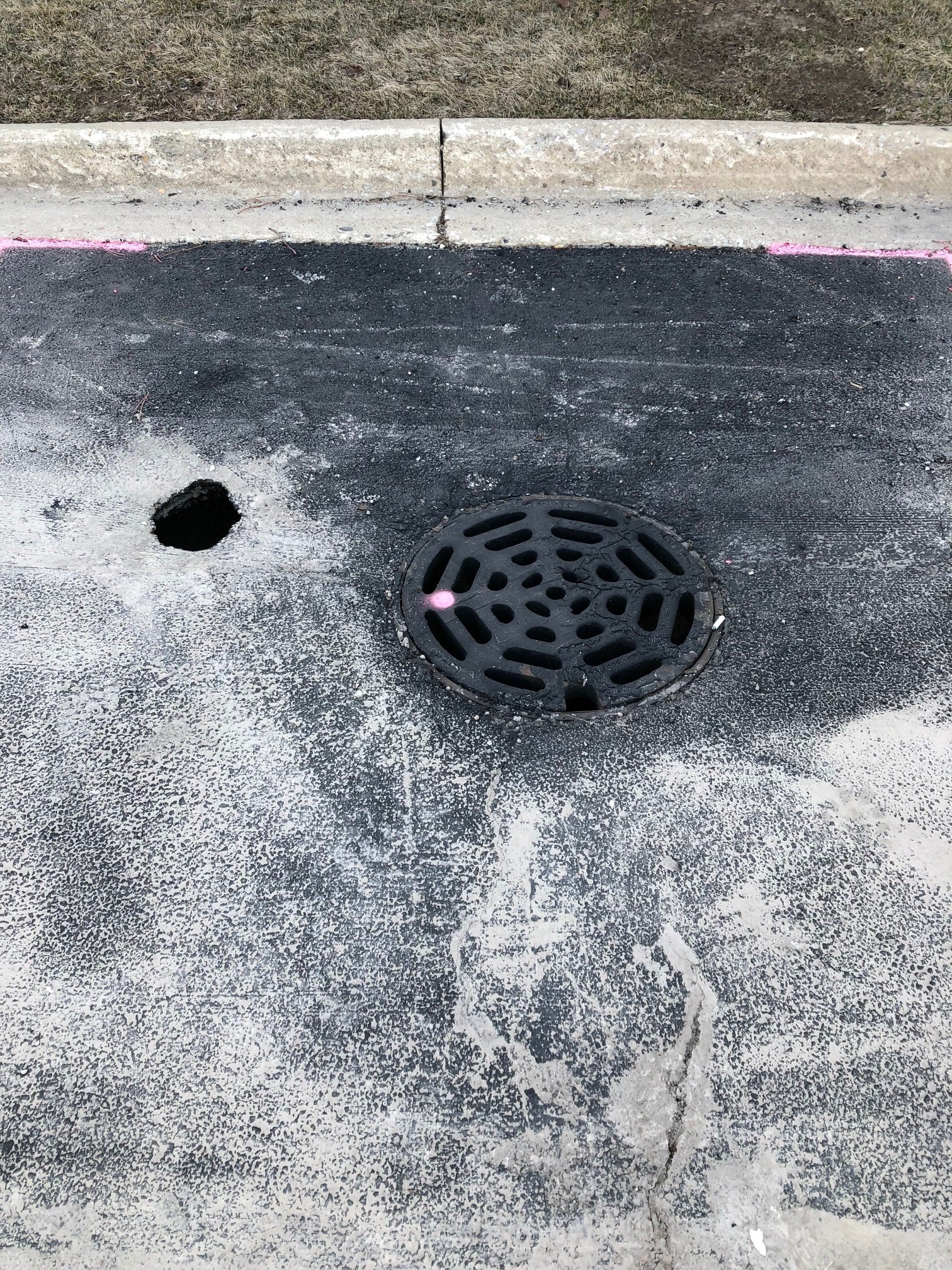 We had the opportunity to provide an estimate for a parking lot sink hole repair project in Bolingbrook, IL recently.

We had a client who we worked with previously who noticed a small hole in the asphalt that had developed next to the storm drain in their parking lot. They were concerned that there was a much larger void underneath the pavement and did not want to take an chances of the surface collapsing.

We made time to assess the problem the day after they called us and acknowledged the potential hazard. After giving us approval to proceed with repairing the sinkhole, we quickly mobilized a crew the following week.  Our crew arrived first thing Monday, and started by performing a saw cut around the perimeter of the sewer patch.  Then they removed the asphalt and excavated the sub-base to the necessary depth in order to sufficiently repair.

The team resealed the failed pipe joint with professional ease and poured an 8” thick concrete patch. We ensured that the soil around the sinkhole was stable and compacted to prevent future sink hole problems.

The client wrote to us thanking us for taking care of it right away as well as for making the repair look seamless, leaving their parking lot looking nice and most importantly safe! 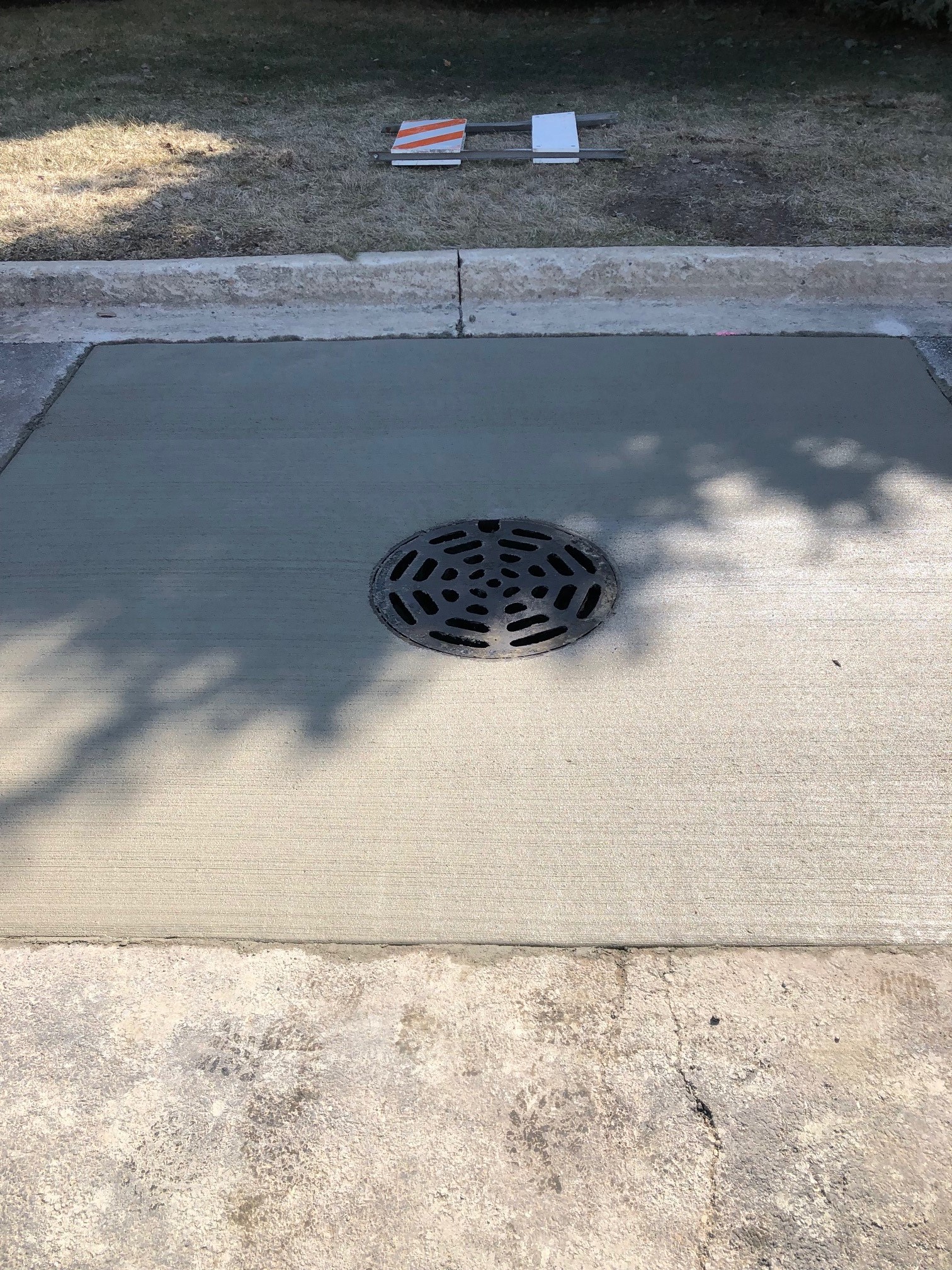